Rubén Salgado Escudero was born in Madrid, Spain. He lived in the United States throughout his teenage years, graduating from the Savannah College of Art and Design and later lived 10 years in Berlin, Germany. In 2014 he began an on-going project Solar Portraits which has gained support and has been published by National Geographic Magazine, Time, El Pais Semanal, Spiegel, and the United Nations.

Rubén's works have been exhibited and sold in over 20 cities including New York, London, Tokyo and at the Les Rencontres d'Arles Festival in France. He is a member of The Photo Society, a community of National Geographic Magazine photographers.

Rubén has taught in educational workshops internationally including New York, Tokyo, and Yangon. He has participated in portfolio reviews at various photography festivals including Les Rencontres d'Arles and the Angkor Photo Festival.

As an experienced lecturer, Rubén has given a TedX Talk in Beijing, various talks worldwide for National Geographic Learning, and at institutions such as Museo Soumaya and the Sony Gallery in New York City. 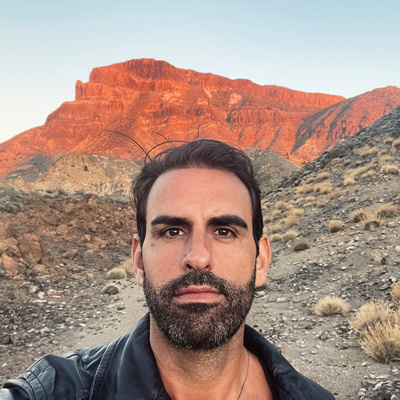